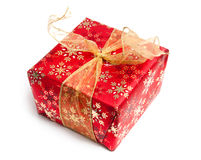 It was Christmas Eve; the house was decorated with memory-joggers collected (or gifted to us) over the years; gifts were wrapped; there was quiet seasonal instrumental music playing in the background.

I’d made my annual cornflake/marshmallow died-green candy-filled Christmas wreaths and my special holiday cranberry chutney – to be eaten later with goat cheese on sliced baguettes. And I was about to prepare a pot of venison stew for the main dinner course, as a few friends and family members were coming to spend the evening together.

It was a grey, damp and foggy day here in Penacook, NH – with a rather melancholy feeling, since we would not be visiting our MA, CT, PA, VA or MD family members this year.

If your year has gone like ours, this was a rather lean Christmas. But this lack of piles of gifts and the usual rolls of wrapping paper and ribbons caused me to think more deeply about that first Christmas day/night in Bethlehem.

Until the angels’ pronouncement to the shepherds who were watching over their sheep on a hillside outside of town, huddled around their warm campfire, there was nothing of note to mark this day as different from any other day. A poor carpenter and his young wife birthing her first baby in a humble stable, with hay for a bed and a make-shift bassinette fashioned from the animals’ manger would not have made the evening news.

Yet this night was a very special night – in spite of the lack of the comforts of home and the closeness of family or close friends; in spite of the long trek behind them with a very pregnant woman riding on a donkey, and the purpose of the trip being a Roman census registration for tax purposes (government taxes have been around a long time).

In the midst of the disappointing and less than ideal “guestroom” accommodations for Mary and Joseph, let alone a lack of sanitary birthing conditions, God was at work in the ordinary difficulties of life, adding His brushstrokes of awe and holiness to the rather dismal scene.

The reports of the shepherds who went to find the baby, to verify that they really had seen angels and heard the pronouncement from God, must have recalled to Mary and to Joseph their own angel visitations and words from God some nine months earlier. Mary “treasured up all these things and pondered them in her heart”. The shepherds not only spread the word about this unusual event, but were “glorifying and praising God for all the things they had heard and seen, which were just as they had been told [by the angels]”. Luke 2:13-20

This night was a special night because the Old Testament prophecies of a coming Messiah (more than 300 of them) were beginning to be fulfilled in the birth of this child to a virgin, in this town called Bethlehem.

Most church re-enactments of the events of that first Christmas have the wise men arriving the same night as the shepherds, but the visit of the magi would not happen until sometime later – perhaps as long as two years later. In Matthew chapter 2, then reigning non-Jewish King Herod – appointed by the Roman Senate as King of Judea – a.k.a. “Herod the Great” (who was not so great, but a murderous tyrannical ruler who killed his own wife, three sons, mother-in-law, brother-in-law and a few uncles) realized that the magi had not returned to report to him the location of the ”king” whose star they had been following, so he gave the order for all baby boys two years and under in the vicinity of Bethlehem to be killed – fulfilling a prophecy found in Jeremiah 31:15.

Before the killing of the innocents by Herod, there was another appearance of an angel to Joseph in a dream, warning him to take Mary and the child and go to Egypt until Herod died, fulfilling another prophecy found in Hosea 11:1 “out of Egypt I have called my son.” No one knows how long the “holy family” was in Egypt, possibly for several years, before returning to Galilee to live in Nazareth; hence Jesus was called a “Nazarene”, which in his day was a term of disdain and derision.

Meanwhile, back to the magi: when they arrived in Bethlehem, Mary and Joseph and Jesus were living in a house, not in a stable, and “when they saw the child with his mother, they bowed down and worshipped him”, then “presented him with gifts“. (Matthew 2:9-11).

I started thinking about how we give gifts to each other – many of which we don’t need or want. And we feel a bit guilty when someone gives us a gift and we don’t have one for them, whether or not they are on our regular gift list.

Many people who are into Christmas gift-giving have never realized where this gift-giving idea came from, nor have ever received the gift that God sent that very first “Christmas” – the gift of His Son, Jesus – “Immanuel”, which means God with us. If we miss this, we’ve missed what Christmas is really all about.

Anyway, these were some of my Christmas Eve thoughts.

Now that Christmas Day has come and gone, I hope that with your Christmas activities in past tense, you will have time to contemplate with me, how to approach Christmas a little bit differently next year, perhaps more “spiritually”? That the reason for the season will permeate your pre-Christmas planning and your celebrations commemorating this truly God-directed holy event – that the meaning of Christmas may penetrate the space/time where you live each day. And that the gift of the Holy Spirit, sent by this holy child of Bethlehem when He grew up, died on a cross, raised from the dead, and assended into heaven, will find room in your heart to birth new life that will last into eternity.

Merry Christmas and have a blessed New Year!!